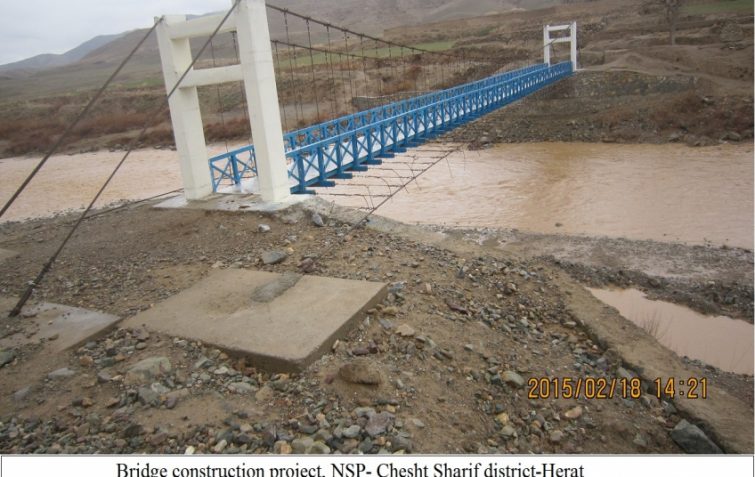 The NSP is a national priority program of the Islamic Republic of Afghanistan, executed by the Ministry of Rural Rehabilitation and Development (MRRD) and funded through multiple sources. As, the single largest development program in the country and believed to be the second largest in the world. NSP aims to cover a total of around 39,200 rural communities in Afghanistan with a first round of block grants and a total of around 12,000 of these with a second round of block grants. The stated development objective of the NSP is to build, strengthen, and maintain Community Development Councils (CDCs) as effective institutions for local governance and social-economic development.

BDN has signed contract agreement with NSP/MRRD for intervention of NSP in 455 high-risk communities of Tarnak wa Jaldak, Andar and Chishti Sharif Districts of Zabul, Ghazni and Herat provinces in the beginning of 2013. BDN has started its operation in the mentioned provinces and districts as per the agreed contract. Since starting of the program in the mentioned provinces, BDN has remarkable achievement in terms of staffing, community mobilization, capacity building, and establishment of CDCs & CDPs in the communities and preparation of communities’ sup project proposals.

BDN has been accelerating as Facilitating Partner (FP) for implementing NSP of MRRD in 464 communities of 3 districts in Herat, Zabul and Ghazni provinces since January 2013. So far, BDN has been completed the majority NSP activities successfully in the mentioned provinces despite of security challenges.